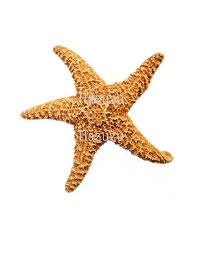 Resilience is a way of describing your bounce back ability (BCA). A trait that is wired into our mental framework to give us the tenacity to govern our behavior. It is a portrayal of our stamina and stability and the survival instinct within us. We are formed, fortified and framed with the mindset to resist tough times. We are not saying that we are challenge proof, but challenging resistant, enabling us to bounce in the presence of hard times and hard surfaces.

Let me tell you another Starfish Story. This is different from the traditional starfish story. This story takes place in the ocean. Our hero or heroine is an injured starfish, that is wounded in the ocean. The injury either by accident or sustained damage from the encounter with a predator or a vessel in the water.

During this mishap the starfish was badly damaged and lost one of its points. The starfish has five arms, as we know from the pictures we’ve seen or the animals in an aquarium. However, they may have any number ranging from five arms, to over 50, but I digress. You may have been lucky enough to see these fascinating creatures, sometimes referred to as sea stars, and the they are not really fish.

Our starfish suffers what would be considered a devastating injury to most animals. Imagine this wounded animal moving around in the water eligible to die from the mutilation. However, the starfish has a quality that allows it to rejuvenate or regrow its arms. It is as if the starfish’s body, metabolism or inner programming remembers its original structure and works to replace it. This fascinating attribute allows it to live for 35 years.

Humans do not yet have this ability to physically rejuvenate, however mentally we are resilient. We may face a devastating appointment which takes away our drive and self-esteem. We may make a mistake which appears to be career ending. We may have our reputation tarnished to the extent we feel we may never recover. But like the starfish, we can rejuvenate, regenerate, replenish and reestablish ourselves with proper a mindset.

We can re-institute a positive, reassuring and confident state of mind. When we were infants and toddlers, there were qualities we had, such as curiosity, adventure, stamina, persistence and endurance. We could focus on something with relentless intensity and if we fell trying to get it, we had the resilience, the bounce back ability, after a moment of pouting to get back on our feet and resume our pursuit of the goal.

Later in life, many of us periodically, have these traits badly damaged and removed from our repertoire or body of skills. We may go through life psychologically impaired when we have the inmate ability to do something about it. We need to rejuvenate and regenerate the mental demonstration of renewed strength and resilience.  We need to re-grow these former strengths in order to sustain ourselves and renew our level of effectiveness.

Think back to a time when you were whole and constructed for success and survival. Remember how it felt to be fearless and confident. Remember the other starfish story and recapture what was lost or taken from you, so that you can replenish yourself and be structured to become your best. Remember the words of the philanthropist W. Clement Stone who was the proponent of PMA (positive mental attitude). He said that what the mind could conceive the and believe, it could achieve.

Think of the starfish and reach down within yourself to repair the damage and regain whatever you lost, the world is counting on you and your leadership.