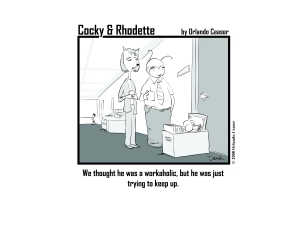 How often have you heard someone say or someone is told to bring their “A” Game to the competition? They don’t say bring a game, but the capitalized “A” game. I wonder if people know what their “A” Game looks like. How often have they seen it? Would they recognize it when they saw it? I wonder if they have ever challenged themselves at such a high level that it brought out their “A” game. Then they would know what it looked like and could therefore, duplicate it upon demand. They are told to get an “A” for effort, but you need the results to back it up

Their “A” game is heavily in demand. “A” is for action or “A” is for achievement. “A” is for the highest performance. I knew managers who were never rated at the top performance tier within their organization. Yet many of these managers would distribute these ratings without hesitation. My questions were always two fold. First, “How could you?” and secondly, “Do you know what awesome looks like, since you never received the rating? The same applies to someone’s “A” Game. Do you know what it looks like and does a manager know when it has arrived and how to bring it out in the open? An accumulation of “A” games should lead to the highest performance ranking and rating within the group.

There are apparently different standards for an “A” game. I suppose it is in the eye of the beholder. What measuring device are you using for an “A” game? Your “A” Game could be a function of the following:

• Attitude – your disposition spells confidence and could cause your best performance to explode out of your potential.
• Awareness refers to self – awareness, for you are in touch with your physical and mental capabilities. Your emotional intelligence (EQ) involves knowledge of people and relationships. When combined with competitive knowledge and personal or self knowledge you create a climate for your “A” game to develop.
• Aptitude – (IQ) – intelligence referring to mental skill and thinking enhances by hours of hard work, reading and analyzing your performance and expectations.
• Alignment – consistent with goals
• Achievement focused
• Action oriented – execution, passion and initiative

• Avoidance – hiding from your best performance and abdicating to other work you should perform yourself
• Absent – missing and engaged in inaction when you are expected on the job. When people are depending on you.
• Awkward – uncoordinated, undisciplined due to a lack of practice and poor technique.
• Average – In the same level as others. Your “A” game should be a moving target. The best you have today should be better than yesterday and below the high bar, you have established for tomorrow. This gives you something to aspire to within the range of your potential.

In delivering your “A” Game on a bad day you may be slightly short and deliver an “A-“Game, which is an A minus Game. But this is a whole lot better than a negative “A” Game. For this is the polar opposite to your best performance. This is essentially an “F” Game which is not acceptable.

Everyone brings a game to the arena, but you should make sure that it is your “A” game; an awesome effort that leads to an astonishing performance.